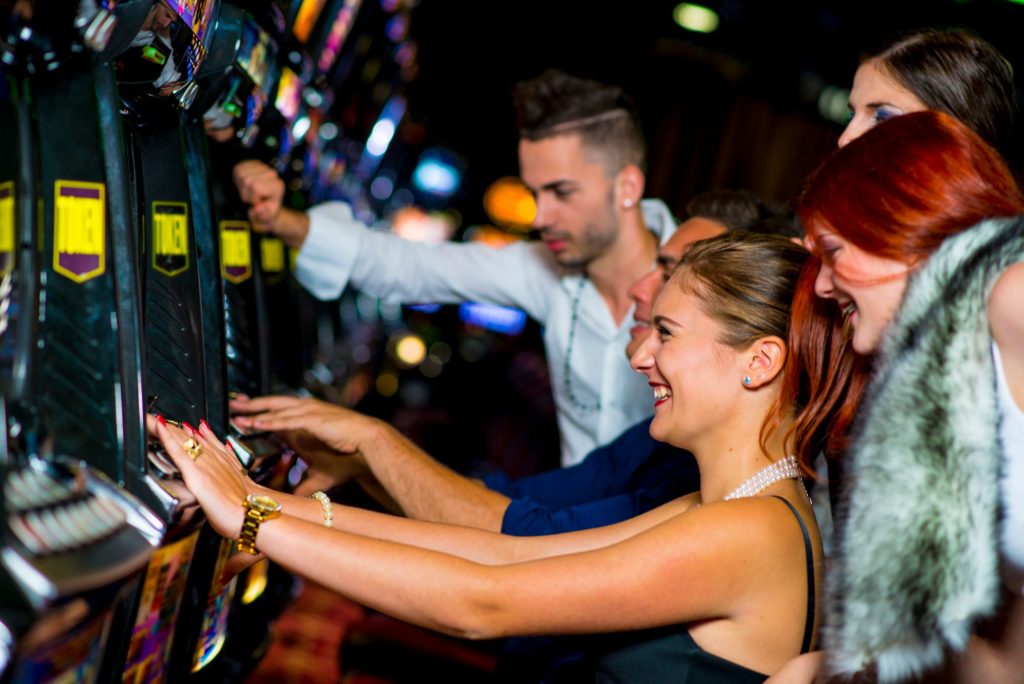 I recently got some time on a number of new Everi games. One of them was Star Wild Olympus, one of two themes in the Star Wild game series, which features wilds with multipliers, a frenzy mode and a free games feature with expanding reels.

This game’s got a lot going on, which may make it a bit complex for some, but once it’s broken down it’s not necessarily complex, it just helps to know what’s happening. So let’s break things down a bit.

The Basics of Star Wild Olympus

The diversity of the game starts with the bet panel. This is one of the first games I’ve seen from Everi with a distinct more/better type of bet. The game’s name sake is the star wilds, which fly over the reels. When a star lands it can award a multiplier or a jackpot.

The range of multipliers available, however, depend on your bet. The top row, which is a lower bet increment, offers 2x and 3x multipliers. The bottom row, the Super Star Wild bet options, make accessible 3x, 4x and 6x multipliers.

More than one multiplier can land and be awarded on a given spin; they multiply together. So a 3x and a 4x makes a 12x total multiplier.

Clearly, the Star Wilds are a volatility element in this case, and the higher bets for higher multipliers amps that up. The same goes for clumped symbols in an all ways pays configuration – there’s definitely some money in the line hits.

This is another of Everi’s timed event bonuses. It is triggered by landing the Star Frenzy symbol on reel 5.

Given this is an all ways pays game, it improves the ability for things to line up, and for star wilds to land. Jackpots don’t appear on the star wilds during the bonus, and Jackpot Wheel and Star Frenzy cannot be triggered during the free spins either.

Aside from appearing on the stars, the Jackpot Wheel feature can be triggered anytime a Star Wild symbol appears, as long as the spin doesn’t trigger Free Games or Star Frenzy mode, or are in the middle of either of those features.

There are two rings on the wheel. An outer ring spins among the jackpots available. The inner section starts with three Award and three Upgrade wedges. If it lands on Award, it will pay the tier that the outer ring lands on. If it lands on Upgrade, the wedge selected and all wedges beneath it are removed, leaving the higher prizes.

The Upgrade wedge converts to an Award wedge; as such, up to three upgrades are possible before a prize must be awarded (meaning four total wheel spins). If the wheel lands on Grand, it cannot be upgraded and will instead simply be awarded as that’s the top progressive.

The sister Star Wild game, Star Wild Egypt, skips the wheel for a more traditional picking bonus, so if that’s more your speed, look for its sister game. The picking bonus works identically to the Smokin’ Hot Stuff Wicked Wheel bonus, complete with the ability to remove up to the three smallest progressives. It’s also predetermined.

The jackpots and progressives, six in all, can be awarded either on the stars or in a jackpot award feature that can happen anytime a Star Wild symbol appears and a Free Spins or Star Frenzy is not triggered (or the game is in the middle of either of those features).

There are only two actual progressives that are available at all bet levels; the other four are flat jackpot prizes proportional to bet, that do not get multiplied in any sense by Star Wilds and so on.

The Coin Bowl and Lightning Wings accumulators are just for show; per the pay table, they do not indicate that a jackpot or progressive is due to hit. The odds of winning jackpots do increase by bet level.

Like other recent Everi games like Cashnado and Gold Hills, there’s a lot going on here, which keeps things active for players. The more/better bet adds a different wrinkle, and the game play is diverse thanks to the expanding reels on the free spins and the star frenzy mode. The game’s worth a go given the potential there for some good wins!

Here is Everi’s video on the game series:

Albert’s Slot Channel played both versions of the game, Egypt and Olympus:

Slotz of Fun gets the Star Frenzy feature:

Hey Oldguy Slots got both the Star Frenzy feature and the Jackpot Wheel:

Interesting Variation on the Hold and Respin Model – Know Your Slots

All About the Buffalo Slot Machine Series – Know Your Slots